Corvettes are an American classic, but they don’t get great mileage at 13 MPG in the city and 23 MPG on the highway; it’s bad enough that you have to pay the $1,300 gas guzzler surcharge. It’s not exactly TreeHugger correct. But then people don’t buy them for their fuel efficiency; it’s all about speed, acceleration, a 6.2-liter gasoline V8 engine with 650 horsepower and 650 pound-feet of torque. 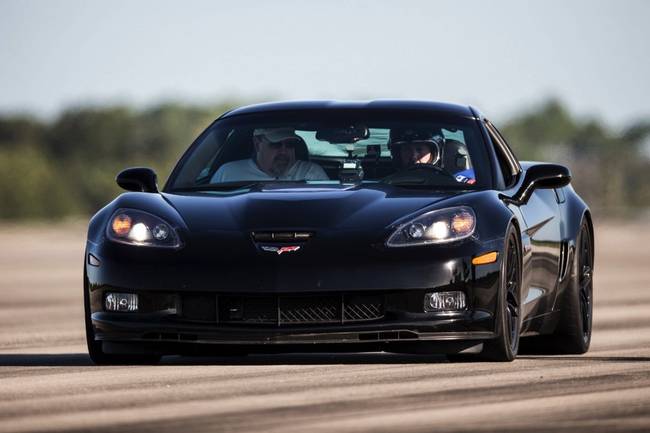 And then there is the Genovation Extreme Electric car (GXE). The Genovation people bought a used Z06, pulled the engine and installed their own mix of motors, batteries, inverters and battery management, which comes pretty damn close to that original engine with 600-hp and 570 lb-ft of torque. The 130 mile range isn’t too shabby either.

Yesterday they drove it down the longest and straightest bit of real estate this side of the Bonneville Salt Flats, the runway at the Space Shuttle Landing Facility at Cape Canaveral. They then proceeded to break the land speed record for electric cars, 205.6 mph. There’s no autopilot driving this either, but a live driver from Johnny Bohmer Racing.

The GXE set the previous land speed record in March; TreeHugger asked what was different this time, and was told by CEO Andrew Saul:

We made major improvements to the vehicle based on the data they got in the first trip. tweaking the software and the inverters, the most advanced in the world, and we are pushing them to the limit, very sophisticated software and firmware. the benefit is that we sharing this data with [inverter maker] Reinhart so that everyone can use it.

And why a Corvette?

We’re focusing now on an American icon, outfitting the Corvettes so that they can be sold to the public. The goal is to make this tech more economical and affordable for the mass market.

After breaking the record, Andrew Saul is quoted in a press release:

“We are thrilled that after setting a record earlier this year, we were able to further enhance the GXE’s performance and break our own record,” said Andrew Saul, CEO of Genovation. “We have managed to create a car that is both exhilarating for drivers and gentle on the environment.”

It would be easy to be cynical here and question how this is gentle on the environment, but today we will take a pass on that and just say wow, that's one gorgeous electric Starfighter on four wheels. It’s certainly a better choice of a car frame and body than the one that Brian covered back in 2009, a 1972 Datsun 1200 that broke records at 114 MPH. That was not sexy, desirable or iconic. This is. 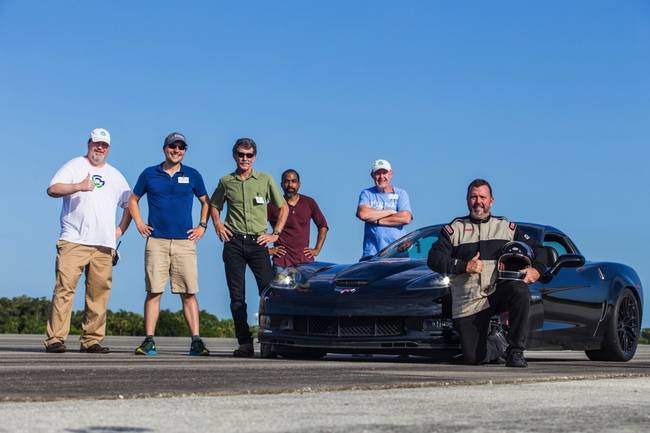 One does not have to be a fan of fast expensive sports cars to understand the importance of aspirational cars like this, which show that electric cars don’t have to be slow and boring. The trickle-down theory may not work in economics, but it does work in cars, with technology working its way down to less expensive models. And it does look like scary fun.